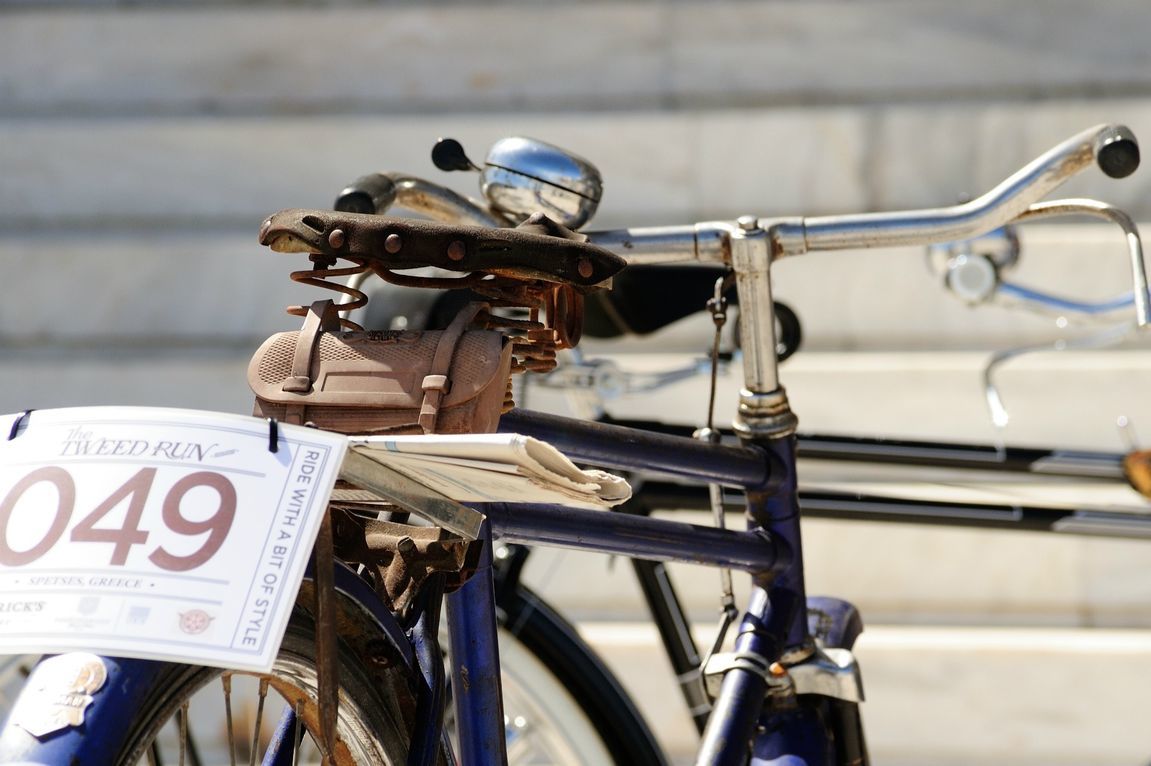 Tweed Run 2019: A journey to yesteryear under the guidance of Poseidonion Grand Hotel

Retro character and an air of yesteryear filled the streets of Spetses from the 11th to the 13th of October, with the Tweed Run providing unforgettable moments once more. The event, organized for the sixth consecutive year by Poseidonion Grand Hotel, transported participants to the elegance and romance of eras past, with British style adding extra flair to the Island of Aromas. For yet another year, it was co-organized with the Hellenic Bicycle Museum, with Hendrick’s Gin as the Grand Sponsor, presenting Tweeders with the first Hendrick’s Limited Edition, Midsummer Solstice.

Hendrick’s Midsummer Solstice Gin is inspired by the mystery which surrounds the scent of flowers, especially present during the summer solstice which it was named after. The result is an unusually aromatic gin which gives off the feel of a summer blossom bouquet.

Participants began to pour into the Poseidonion Grand Hotel on Friday October 11th, and along with them came elegant outfits and retro attitudes. Their aptly shined classic bicycles absolutely stole the show and their fascinating backstories once again became a favorite topic for discussions among participants.

Early in the morning on Saturday October 12th, with the autumn sun dazzling the hotel and Poseidonion Square, the proceedings began for yet another journey back in time.

Excited cyclists in flower crowns, caps and old fashioned hats were greeted by the uniquely flavored gin in a floral-adorned pop-up stand in the Poseidonion Square as it played its invaluable role in the event. Gentlemen were groomed by 1900 The Barber Shop’s Team, bicycles received a check-up from Freewheel Bikes, DJ Nua chose inspiring tunes and “two-wheel treasures” were admired and discussed at length, increasing anticipation for the thrills to come.

With good weather on their side, the Tweeders set off from Poseidonion Square on a truly elegant ride. Cycling through the island’s scenic lanes and pedalling down the waterfront, they made their first stop at the Old Port and the Orloff Restaurant for a delicious snack. Bike bells sounded once more and participants reached the Lighthouse to enjoy a British-style picnic accompanied by refreshing Hendrick’s Midsummer Solstice Gin & Tonics in the shade of viridescent pines with a backdrop of the sea and a view of the Old Port. The Poseidonion Grand Hotel’s catering team provided the flavourful bits and bites, and warm “loukoumades” from Tarsanas and Nero Tis Agapis made for a sweet adieu to this lovely spot before the return to the hotel.

The Beauty Pageant is an integral part of this event, and was held on Saturday afternoon in the Poseidonion Grand Hotel’s lobby. Tweeders made their presences known by touting aristocratic ensembles, hoping to win “Best Dressed Man”, “Best Dressed Woman”, “Best Group Participation Award”, “Best Mustache” and “Best Children Participation Award” for the youngest Tweeders. The panel of judges was comprised of Katerina Georgopoulou from the PR department of AMVYX; Diana Grigoropoulou, style editor of Madame Figaro; Paulina Kapsali, editor from Kathimerini and Greece Is; and Panagiotis Grigoriou, owner of 1900 The Barber Shop. First prizes were awarded by Galini Machaira, Assistant Brand Manager of Hendrick’s Gin.

The highlight of the day was the evening entertainment, with the beloved party in the hotel lobby where participants showed off their finesse after a final glance at their hair and makeup in the specially configured Hendrick’s powder room. They got to sample three unusually delicious Hendrick’s Midsummer Solstice cocktails as they enjoyed DJ Nua’s tracks which elevated the mood to swing status, with Tweed Runners enjoying an unforgettable dance to a vintage soundtrack.

The Tweed Run came to an end on Sunday, October 13th, at Ciné Titania with the Concours d’ Elegance and awards for the most breathtaking bicycles, held with the valuable support of the Hellenic Bicycle Museum. Collectors and classic bicycle lovers had the opportunity to discuss these most prized possessions and share their stories, already anticipating next year’s event.

The beloved ritual of the Tweed Run passed on its British elegance to Spetses once more this year, offering unparalleled, “old time classic” moments filled with the vintage feel of a bygone era.

Grand Sponsor of the Tweed Run 2019 was Hendrick’s Gin with the limited release Hendrick’s Midsummer Solstice acting as the perfect accompaniment to all event happenings.

The event was supported by the 1900 The Barber Shop which took over men’s grooming, Poseidonia Hairworks by Loizos Ioannou which helped with its organization and the musical support of the talented DJ Nua. For the Old Port stop, the Tweed Run 2019 was supported by Orloff Restaurant, Vikos Natural Mineral Water and Soft Drinks for the picnic, Tarsanas and Nero Tis Agapis restaurants for the “loukoumades”, and Freewheel Bikes for the bicycle maintenance on Poseidonion Square. The 6th Tweed Run took place with the support of the Hellenic Bicycle Museum and under the auspice of the Municipality of Spetses and the Spetses Trade and Craft Association. Fay’s Control was the event’s communications sponsor. 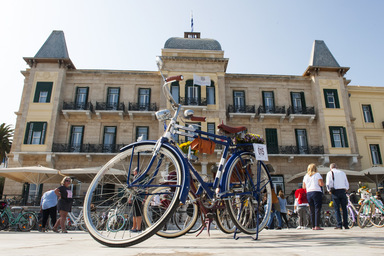 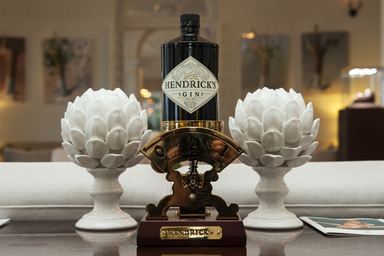 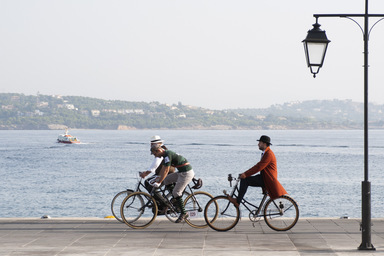 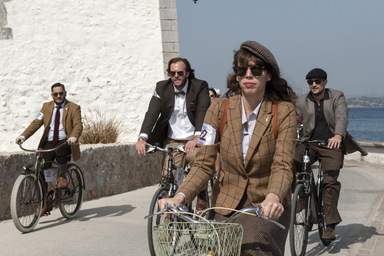 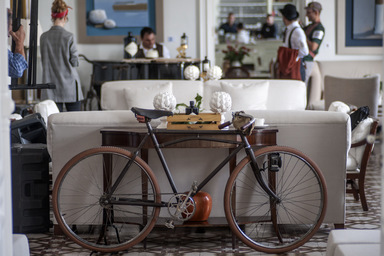 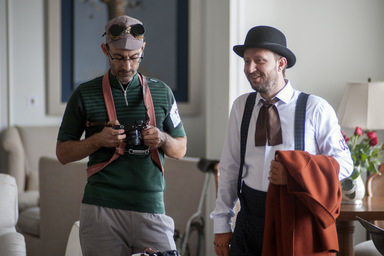 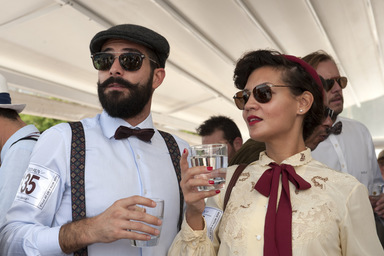 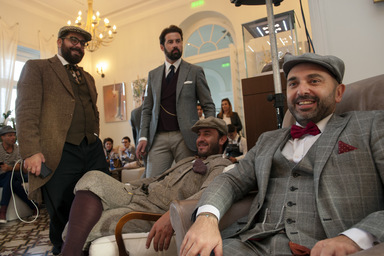 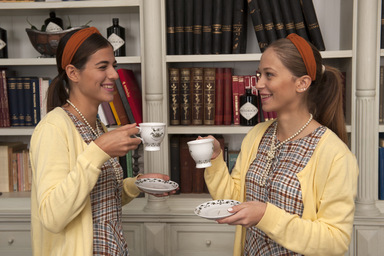 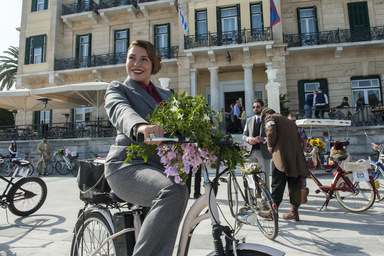